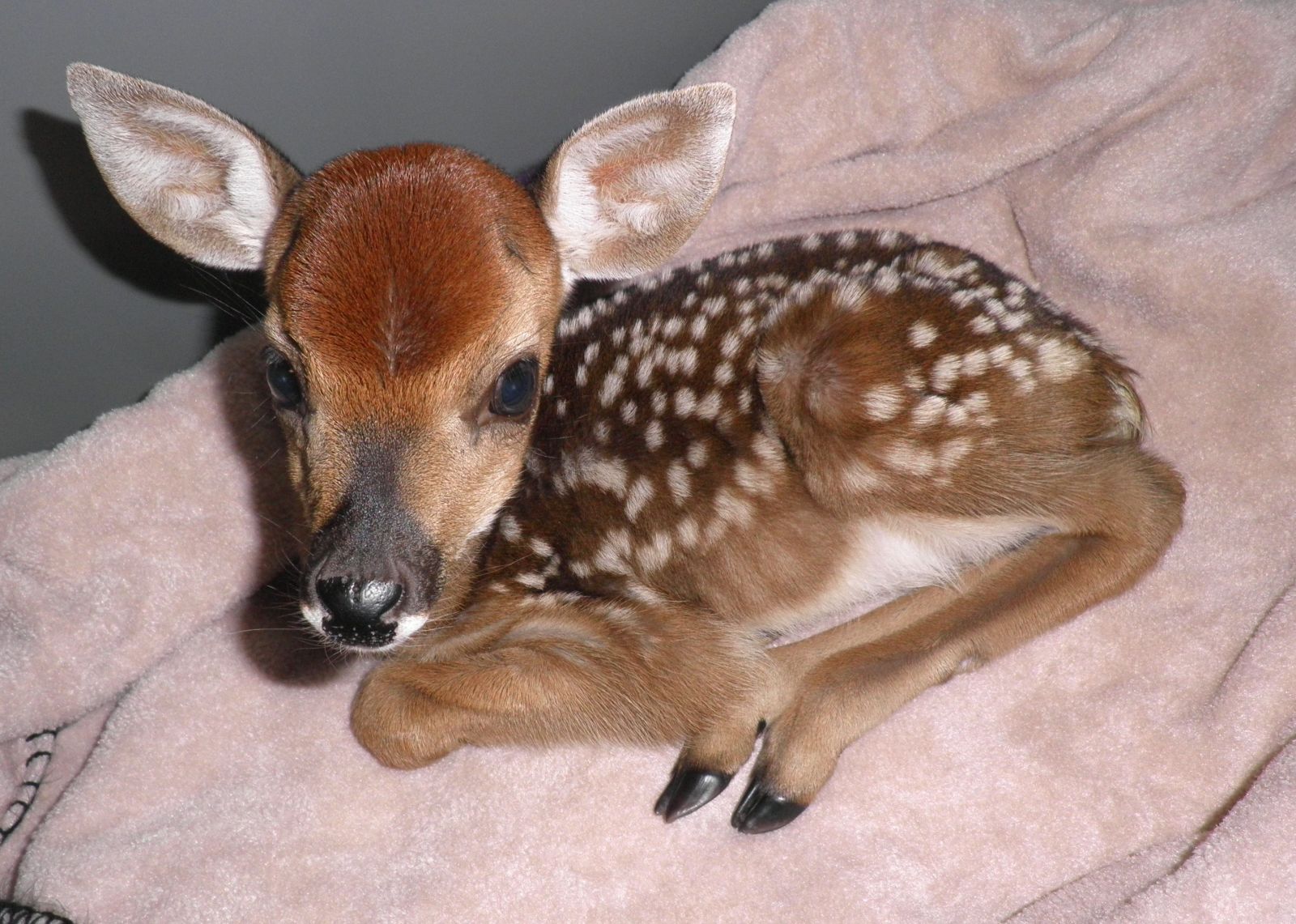 Wow, where does the time go? Hard to believe  we’re finishing up with “spring” babies (although it’s been hot here for a while!). The spring squirrels, bunnies, and opossums have almost all been released (a few late babies are still hanging around); many of the baby raccoons are beginning to move into outdoor caging, and the fawn intakes are finally starting to slow down. Fawns are the latest spring babies we generally see (with the exception of songbirds). They start coming around the beginning of May; this week we are still seeing the occasional newborn fawn. Many fawns are actually accidentally kidnapped from their moms; natural behavior is for the doe to bed her fawn down in a safe spot and then leave to go off and feed (fawns cannot run and follow their moms for very far for the first two weeks of life). Does generally come back just after dark to nurse and move their fawns, so if you happen to come upon a fawn resting in the grass during the day, they will just stay there motionless (that’s what they are supposed to do!). We always work very hard to try to reunite “abandoned” fawns with their moms before deciding to take them into our care. Fawns will stay in our care until they are approximately eight months old. They are raised in small groups so they can all be released together in the fall. This year, many of the fawns we are seeing are still suffering residual effects from last year’s drought; they are underweight, malnourished, and are having digestive problems (no doubt due to the general poor condition of the does).