We are continuing to see injured raptors, and have taken in several red-tailed hawks recently. Some have been struck by cars, others have been found on the ground, underweight and dehydrated. Possibly the drought of last year has affected the amount of prey available. One hawk was observed trying to drag a carcass from the side of the road, which is somewhat unusual for that species. If a hawk is found on the ground and cannot fly, you can cover it with a sheet (they will often throw themselves onto their back, talons up, as a last line of defense; you want to avoid the talons). Once covered, tuck the sheet around the bird and pick up the whole bundle. Place the bundle into a box or pet carrier and call us (or a wildlife group in your area) for assistance. This hawk was found on the ground. She was underweight and injured (eye injury shown in photo). She is now eating well and finding her own prey in a flight cage.

It is also the beginning of baby bird season. We are just starting to see some baby birds coming in. If you find a nest that has fallen, you can put the entire nest in a basket or plastic bowl (with drainage hole) and nail or bungee the entire thing to a tree nearest to where it was found. Watch to see if mom and dad return to the nest to feed their young. Babies that fall out of a nest can be placed back into the nest if possible (it is a myth that handling a bird will cause the parents to reject it). Once babies are feathered and have about one inch of tail, they are fledglings (also called hoppers). They leave the nest, but cannot fly well yet and usually hop from branch to branch or are found on the ground. This is normal behavior and they do not need to be helped unless they are in a roadway or in danger of a cat or dog attack. If that is the case, you can place them in a low bush or tree (to keep cats away, put a sprinkler on). This baby barred owl was found on the side of a road; owls build their nest very high in a tall trees, so it is usually impossible to place them back into a nest. Since no nest could be located, and there were no parents nearby, this little one did need to be helped. You can see his downy fuzz, and feathers are just starting to come in. 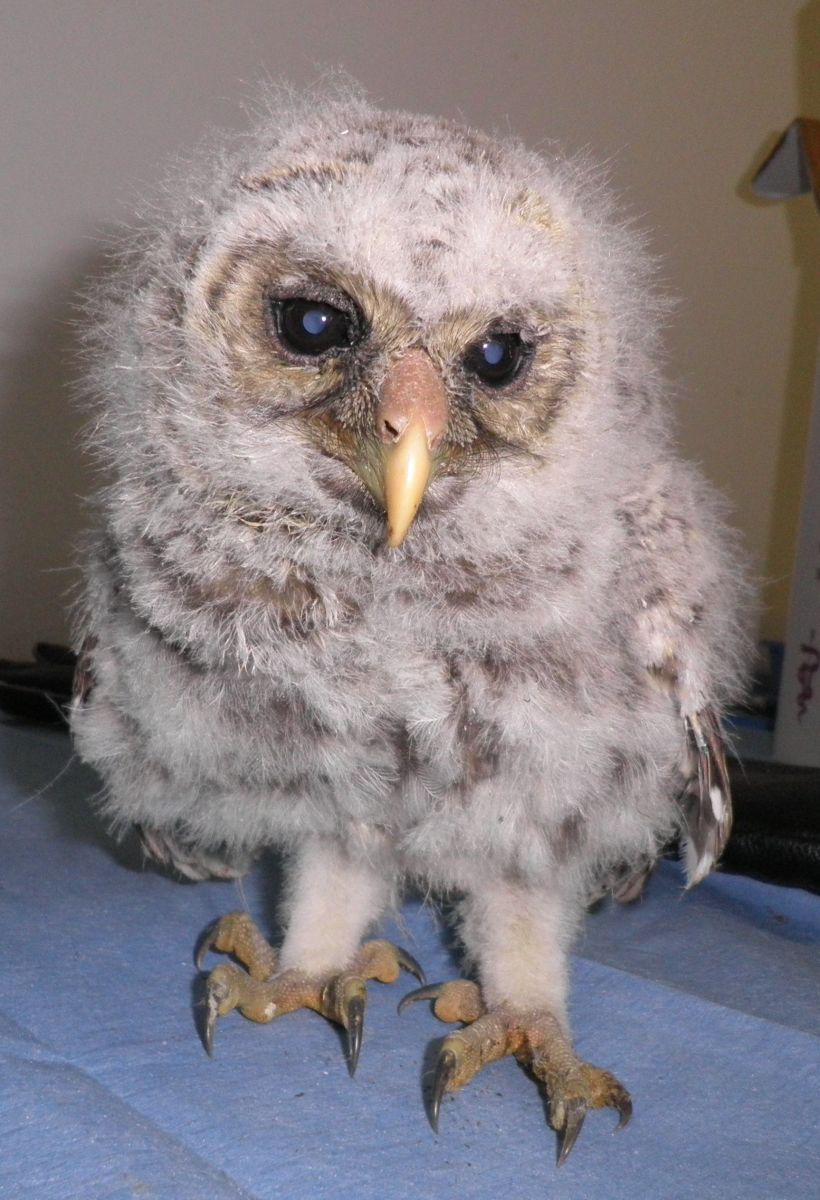