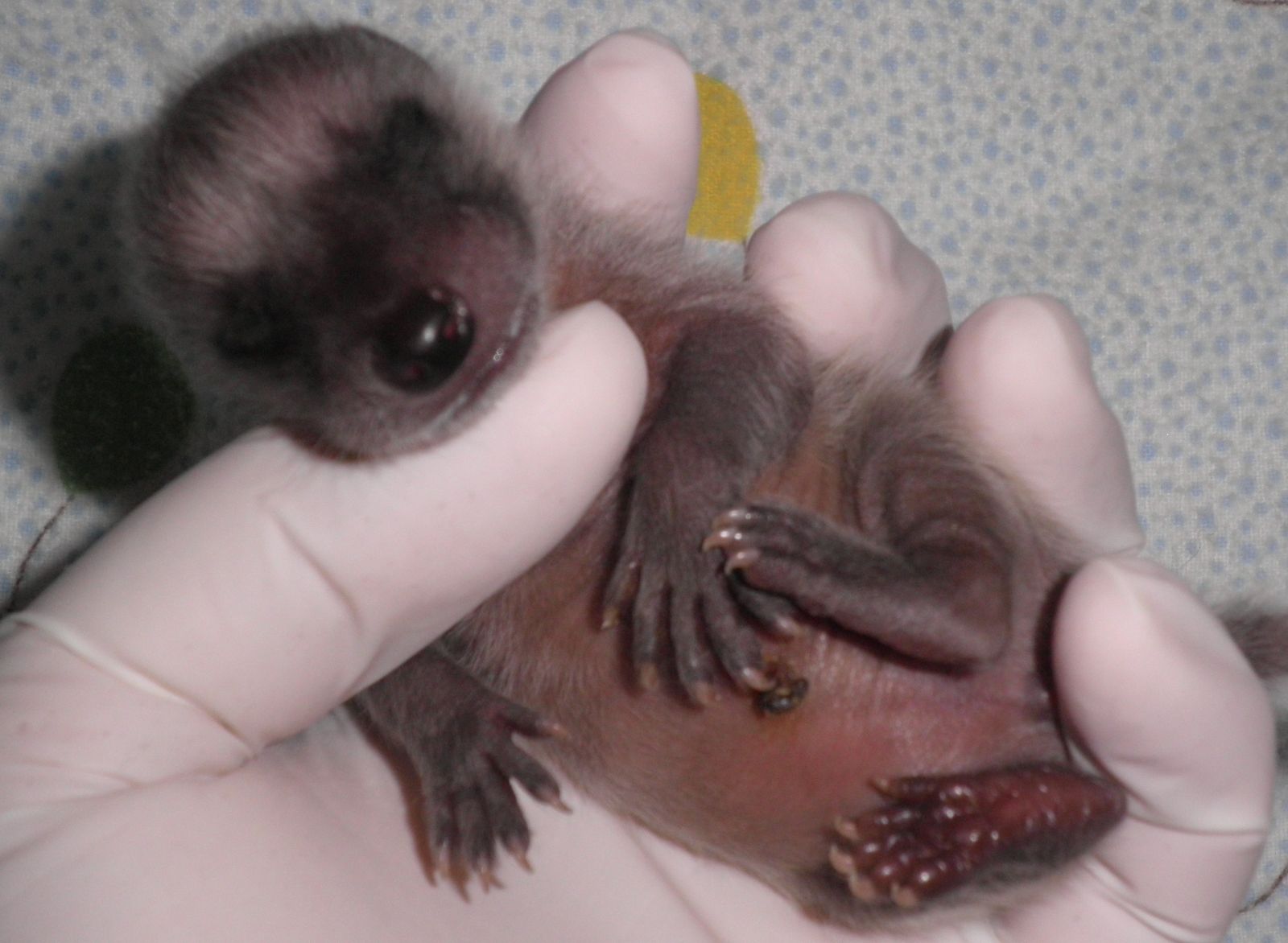 Spring is off to a running start at the center. We’ve been seeing lots of babies, mostly squirrels and bunnies, but the first baby raccoon has already come in as well. This little squirt was found on February 18. She was rushed to a local Banfield Veterinary Clinic (her rescuers thinking they had found a newborn puppy). Surprise! She was brand new, probably only two days old, and weighed a whopping 80 grams (about the size of a hamster). She was found the morning after a heavy rain, so most likely she was either washed out of her den site or was found while her mom was relocating the babies to a safer, dry den. She had some respiratory issues, so she was placed in an incubator and started on some antibiotics. We’re happy to report that she is doing much better now and has almost tripled her weight in the two weeks she has been in our care.

She will stay in our care until she is about eight months old. As we never raise babies alone (we raise them in groups of three or four), we will put her with other babies as they come in and complete a two-week quarantine period. This is the earliest in the year we have ever received a baby raccoon, but we’re sure others will be coming in any day now.

Several of our new squirrel rehabber trainees have received their first babies, so they are excited about that (and so are we!).

To recap some other center news, the barred owl featured on the blog earlier is about to be released back near where he was found (as most raptors pair bond, we always release them back where they came from as they may have a mate patiently waiting for them). He has recovered from his head trauma, and after spending some time in a flight cage is flying well and once again hunting on his own.
This native, but seldom seen, loggerhead shrike came in to the center after being found on the road side. Most likely he was struck by a car, but fortunately did not have any fractures. He spent a few days with us eating like a little pig and regaining his strength and was released back into the wild. What a handsome bird!

We also had a red-earred slider turtle brought in (found on road also). Many turtles are on the move this time of year traveling to and from ponds (in search of dates, no doubt). He unfortunately lost one eye due to trauma, but is now doing well and will be released soon. If you happen to see a turtle on or near the road, please pick them up carefully by their shell and place them on the other side of the road (in the direction they were heading!) so they are safe. That will count as your good deed of the day for sure! 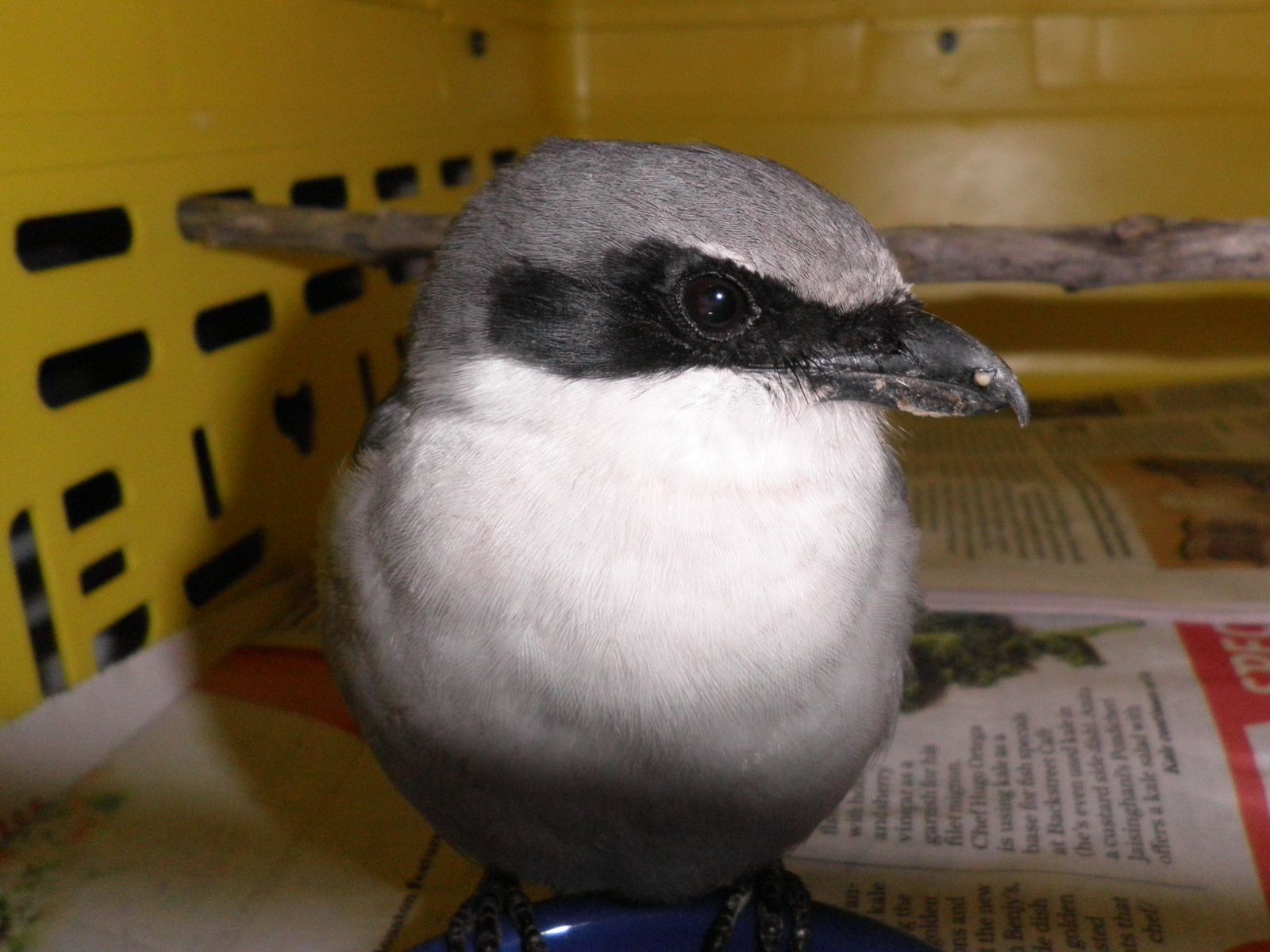